The Kagame railroad is back in the news. Rwanda says the construction of the 571km-long Kigali-Isaka standard gauge railway to connect to the Tanzanian seaport of Dar Es Salaam will begin in December 2018. The railroad is expected to cost $2.5 billion. Tanzania will pay US$1.3 billion. Rwanda will pay US$1.2 billion. The question is — can it be true that the Rwandan head of state, General Paul Kagame, has already found US$1.2 billion and is ready to build the railroad in December 2018? That’s less than two months from now.

The Kagame railway goes back to 2000. Here are the highlights of Kagame’s express.

Perhaps this time, the Kagame railroad is for real. Hallelujah. 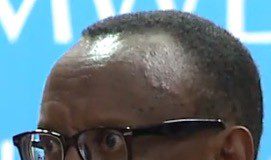 The 2016 Auditor General’s Report Shows $115 Million Worth Of Delayed/Abandoned...

Kanyarwanda - 18th May 2017
0
By Dr David Himbara The Report of the Auditor General of State Finances for 2016 shows extraordinary incompetence by the Kagame regime. Let me summarize...