Earlier on I promised to bring you a story of how General Kayihura was Arrested like Esenene, I intentionally misinformed my followers that Rwanda at the last minute had denied Kayihura safe passage the motive was to get DMI agents monitoring this wall miss a fact that KK had a phone on him.

General Kayihura got information that an order had been issued to have him arrested and charged for the murder of Andrew Felix Kaweesi and Espionage.

Immediately after the murder of Abiriga Kayihura left the hotel in Lyantonde using the back door, he left his guards and vehicle, he then placed his two mobile phones known by security into a Toyota Premio and instructed the driver to head to Kabale.

Lt. General Wilson Mbaddi and CMI boss Kandiho departed from Kololo using the army Helicopter in a mission to arrest Kayihura but didn’t find him home. They then returned to Kampala empty handed at around 8am.

General Madi then called up Brig Kayanja Muhanga the second division commander and ordered him to deploy at all points plus mounting road blocks at all roads.

Meanwhile General Kayihura Who was constantly communicating with Rwanda’s General Dan Munyuza was driving in a Toyota Ipsum with two Boda Boda moving two kilo meters ahead of him. The military followed the Toyota Premio to Kabale but he was not in.

Kayihura failing to use the main routes out decided to go through lake Mburo game park so that he can connect to TZ he found there a road block ahead and turned around, feeling sleepy he decided to park on the road side to take a nap as he contemplated his next move.

A Boda Boda guy heading to Lyantonde saw him and reported to the Sanga road block which informed Brig Muhanga about the development. Brig Muhanga rushed to the scene and asked the general to enter his car so that he can be driven home to have a shower, Muhanga called up his bosses and reported General Kayihura’s Arrest and next destination. The army then resent it’s helicopter to pick him up.

These messages have been read loudly to the President Who ordered that he be taken to Makindye not Kololo as earlier planned.

General Kayihura will be charged in the Army Court Martial on Kidnap, crimes against Humanity, conspiracy to commit murder, Espionage, Treason, Murders of AIGP Flex Kaweesi and others. 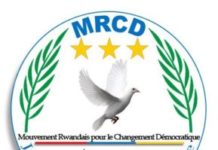 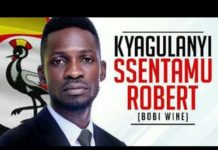 Bobi Wine about age limit: You can’t fool all the people all the time 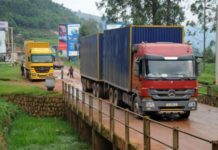 Somewhere between Uganda and Rwanda is paradise on Earth. 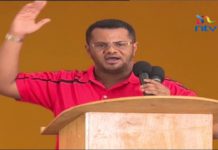 We will not integrate with dictators and looters – Omar Hassan 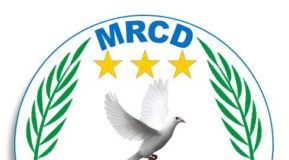 Kanyarwanda - 4th February 2019
0
PRESS RELEASE No 2019/02/03 The Rwandan Movement for Democratic Change (MRCD) would like to inform the International Community, Humanitarian organisations, the media and other concerned...