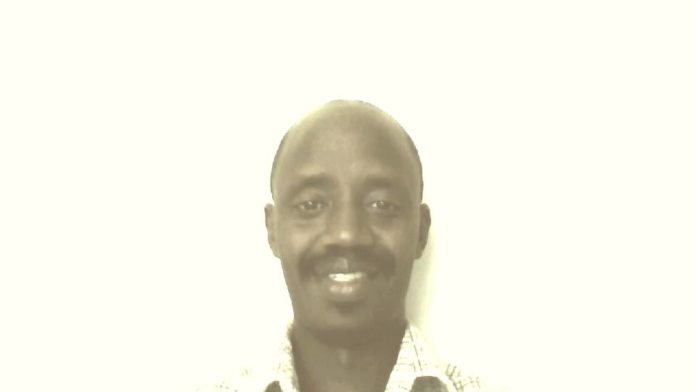 Dear Ambassador of Norway in Uganda allow me to greet you and wish you happy new year with your team.

I would like to thank you and Norwegian government for her policy of human rights, peace, and dialogue promotion.

_ Your Excellency Ambassador my intention of writing to you is to put to your attention how Rwandan high commission in Uganda is against her exiled people in Uganda and those in other parts of the world.

_ Your Excellence I bring this to your attention following disappearance of one Norwegian of Rwandan origin in Uganda back in 2015 Emmanuel Munyaruguru with his relatives and friends he had come to visit.

Dear Ambassador we as fellow refugees of Rwanda in the world we came together and agreed to send delegation in Uganda to ask why our fellow refugees rights are denied and I was sent as sacrifice on alter of deniers of human rights and enemies of peace.

_ I came in October of 2017 and looked for refugees of my heritage and Ugandan victims we started with petitioning all government institutions including President of Republic of Uganda.

_ Ambassador I even wrote open letter to the President and First lady detailing the suffering not only of our fellow refugees but even Ugandans of Rwandan origin by the Rwandan intelligence staffs in embassy of Rwanda using some officers in Ugandan police specifically IGP Kale Kayihura, Ismail Baguma, James Burabyo.

_Ambassador we tried even to look for human rights lawyer to fight for justice of those who were either kidnapped, killed, forced back to Rwanda or disappeared.

_ Your Excellency Ambassador we managed to petition even international agencies in Uganda with responsibilities of promoting peace, human rights and protecting refugees.

_In that regard we managed to meet different human rights offenders and some embassies staffs via European union delegation in Uganda.

_We presented our petition and we asked them their advocacy in your governments and international forums as you always do.

_We didn’t find it easy after we had Ugandan parliament audience and night before our presentation we were attacked by people on boda boda while coming to print petition materials.

_ We got scared not because of the attack only but we had no where to report since police is part of our victimizers.

_ From November to date the government of Rwanda which kills her nationals at home and in exile didn’t like take it well for our exposing her repressive activities.

Our petition was taken as attack on Rwandan government and her facilitators in Ugandan Police and fabricated stories were spread in Rwandan intelligence owned papers like www.rushyashya.net, igihe.com and more others were formed to do propaganda of scaring and making us terrorists examples are Virunga post, taarifa.

We are scared of being killed and silencing our voices while our killers playing victims.

Your Excellence I came to Uganda after escaping Rwandan attempt to kidnap me at the airport of Entebbe in October of 2016 on my way back to Oslo while I was from visiting my wife and son who are Ugandans I can’t force to be refugees as I am since then my tormentors were not expecting me back.

I came back because we have no choice since we live threatened even in Norway we have reported number of attacks and threats from Rwandan ambassador and their spying staffs.
Dear Ambassador allow me to beg your voice in Dean of Ambassadors to ask Rwandan ambassador why they kill ,kidnap ,forced repatriation their refugees in Uganda.

Your Excellence it is a crime in Rwanda to ask them not to kill their nationals and that is why they feel its right to keep her armies and militias in Congo where over six millions of people were killed and their killer plays victim.

On behalf of my fellow refugees, activists and Ugandan victims of the oppressive hand of Rwandan high commission playing terrorism other than diplomacy we pray you help us to have regional conference on refugee crisis and the role of Rwanda.

We are not against Rwandan government we ask them not to kill refugees.

We are not threats we are threatened by the government that is supposed to protect us.
We need peace and democracy we are not terrorist we are moving with petitions and our demands Rwandan government we are sure can afford.

Allow me to stop here your excellence.

Yours faithfully Rugema Kayumba on behalf of Rwandan refugees and Ugandans of Rwandan origin victims.

Congratulations to Father Nahimana Thomas as well as the entire team

Kanyarwanda - 6th December 2016
0
Congratulations to Father Nahimana Thomas as well as the entire team he was with respectively Nadine Kasinge, #KejoSkyler (8 months baby) and #VenantNkurunziza for...