Today was a day when Rwanda’s junta government produced the Rwigara family in front of criminal Paul Kagame’s court.

Since their predicament at the hand of the criminal government, there charges have changed from time to time, tax avoidance being the last to be dropped by the junta. Unfortunately, all the family’s bank accounts or the businesses are still closed/blocked at the orders of the chief criminal.

For mother Adeline and Sister Anne have also been charged with incitement and “discrimination and sectarianism.” For God’s sake, Rwanda is being ruled by a MAD MAN. Discrimination against whom!! Which race, sex or religion?? Sectarianism against whom? This time around, criminal Paul Kagame’s prosecution didn’t come up with the usual comedy crime of “inciting the public to hate the president or the governmet” but decided to come up with a new crime, “inciting insurrection in order to overthrow the government.” Really criminal Paul is mentally deranged!!

For those based in Rwanda, anyone who criticises this criminal regime or Rwanda’s Ayatollah is always charged with inciting the public against the government. And for those who are based in diaspora charges varies, and always sentenced in absentia.

Since the assassination of their father by the junta regime, this family has gone through prolonged hell on earth, courtesy of the Rwanda’s chief junta 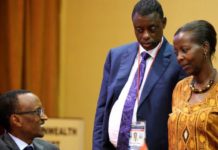 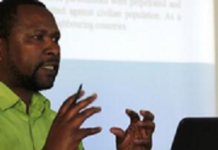 A Rwandan blogger deported illegally from Norway would risk up to...

Kanyarwanda - 9th December 2016
0
According to the investigations of  the Global Campaign for Rwandan Human Rights a human rights organization based in London, a Rwandan blogger deported illegally from Norway...