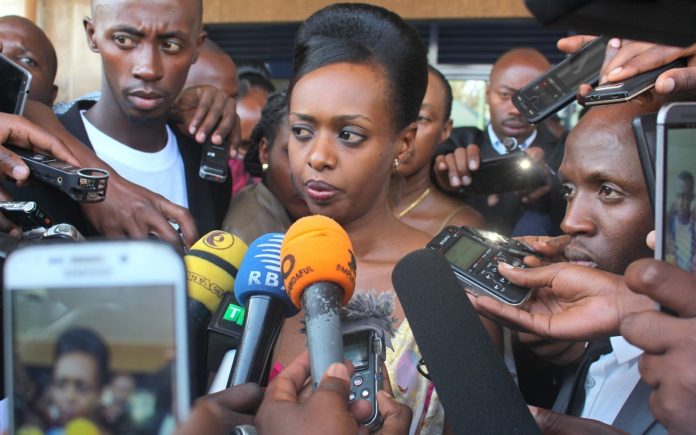 Diane Rwigara attempted to run for President of Rwanda but was thwarted by Paul Kagame and his political party, the Rwandan Patriotic Front (RPF). In her attempt to run for president of Rwanda, she was critical of the leadership of Paul Kagame, however apparently too critical. She was disqualified from running based on dubious charges related to the number of signatures she collected.

Before the elections, Ms. Rwigara told the world that she received threats from supporters of Mr. Kagame that she will be dealt with once the elections were over. True to the Kagame regime’s way of operating, Ms. Rwigara and her family have become the enemy of the state.

Diane Rwigara is a 35 year old Rwandan patriot who sought to run for president of her country. She is the founder of the People Salvation Movement (Itabaza),a platform established to educate Rwandans to stand up for their rights. She was born in Kigali,Rwanda in 1982, the daughter of businessman Assinapol Rwigara, a former supporter of Paul Kagame who was assassinated by the Rwandan regime. She attended high school in Belgium and college in California in the United States. She holds a Bachelor’s degree from Sacramento State University in Finance, and a Master’s degree in Accounting from San Francisco State University. Prior to returning to Rwanda, she taught at Stanford University in the Department of Linguistics.

Demand that Paul Kagame and the Rwandan regime produce Ms. Rwigara and immediately release her, her mother and the other family members.

Find out the latest developments regarding Ms. Rwigara’s situation by following the hashtag #WhereIsDiane on Twitter.

This petition will be delivered to: