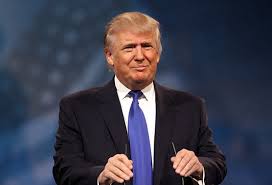 Trump Administration has increased funding for Somalia and South Sudan but reduced funding for Uganda, Tanzania and Kenya. Burundi, which previously received less than $2 million from the US, is not on the list of recipients.

I hope, probably against hope, that the European Union will be more ” generous” to Rwanda.

Going by (a) the political and economic challenges the EU is faced with and (b) the fact that European Union was against Kagame’s maneuvers around the Constitution for his ‘ life presidency’, expecting more money or the same amount of money in foreign aid from the EU would be unrealistic.

Because the US has put screws unto the UN, there will very little money through UN organizations such as UNDP. With this tap turned off, Rwanda will have to pick the bill for a substantial number of projects UN organization have been running in the country or else … That’s jaw breaking for a country like Rwanda that spends about $ 2 trillion but produces a mere $300 million annually.

Kagame’s net worth stands at $500 million. Will he ” repatriate” some of that money he stole from Rwandans?

As of now, Rwanda doesn’t have any financial asset. The country depends on borrowing; mortgaging the sovereign!

Kanyarwanda - 12th May 2017
0
By Museminari Damas Marcel To salvage his reputation, and save RPF and legitimize Crystal Ventures as a reputable business entreprise, Kagame ought to abdicate his...