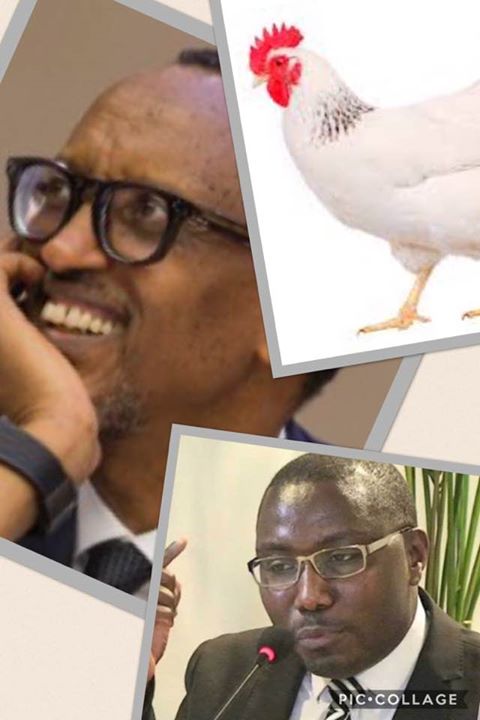 Kagame has banned chicken imports from Uganda and Europe. He says the chicken from the two regions may spread bird flu or avian influenza.

This has led to a crisis – no enough chicken in the Kagame republic. Three foreign companies that have set up shop to produce chicken in Rwanda are not producing enough. These foreign investors are:

How is it that Kagame economic miracle has not equipped Rwandans to raise chicken for adequate supply? Hey Mr President, why not get Crystal Ventures Ltd to produce the stuff Sir?

On the political front, Kagame recently expressed shock on learning that his political opponent, Padiri Thomas Nahimana, was blocked from entering Rwanda to compete in the August 2017 elections. Nahimana and his team returned overseas after being stranded in Nairobi, Kenya.

With a straight face, Kagame blamed his own regime for denying a Rwandan to enter his own country.

Now we learn that Nahimana and team were blocked even much farther away from Rwanda. In Bruxelles, Belgium. Are we to believe that this time, too, Kagame does not know what just happened to Padiri?

Kanyarwanda - 3rd June 2018
0
By David Himbara Meghan Markle used to be the global ambassador for the charity World Vision. She put the spotlight on the poorest of the...