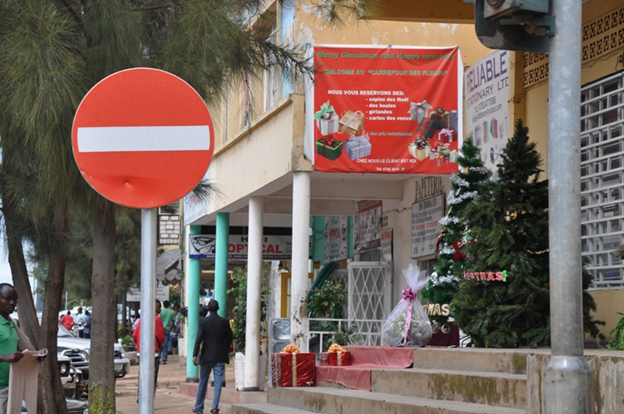 The air was sucked out of all of us this Christmas and new year as we heard of the tragic shooting by police, one was fatal, one a near miss. I can’t say we didn’t expect it, the Police were wound up so tight this holiday season, itchy triggers everywhere. In both cases the Police said they refused to stop or tried to assail them with their cars, but the people involved were both highly respected people. One was a well-respected lawyer and the other a respected exec, it was a glitch in the operating procedures of the police.

I hope the police truly investigate their officers, the eye-witness testimony contradicts the official story. It is not a matter of assigning blame but making sure such tragedies never occur again. There is something at fault here, two shootings within hours of a new protocol being instated. One witness claimed there was a first round of 2 shots killing the driver, then 10 seconds later the rest of the police filled the car with bullets. Rwanda needs an Independent  Police Complaints Commission, they tried to make police more accountable by moving them to the Justice Ministry, but they still absolve themselves.

An Independent Police Complaints Commission would help make our police more responsive to our needs, the question we often ask is “Who do the Police serve?” If it is the people, they should be accountable to the people. The victims were first dismissed as drunk and aggressive towards the police, others dispute that, if the persons were not known and respected we would have believed the police blindly, but it is not in line with their characters. Police methods are under question, and yet they investigate themselves and absolve their officers, seeing protecting these officers as protecting all Police is wrong. Let us not assume guilt, but likewise, we cannot assume lack of culpability on behalf of the officers involved. Sweeping it under the carpet will just make it worse, the system failed, how can we fix it? We have seen many attempts at Police reforms, some have been successful, others not so much, but we must change the accountability structures. When the institution is seen as protecting individuals within their ranks, it breaks the trust of the people, policemen keep their jobs but the public loses confidence in them. Can we have an HONEST and THOROUGH  investigation into this? It could have been anyone, in Rwanda I have guns pointed at me all the time, to direct me at the stadium, to stop me at a red light. Any minute the guns could have gone off and killed me, the shooter will go home and sleep well. We need to reduce the number of guns we see daily, let them be there but out of sight.

Another hope I have for Rwanda this year is to see a Child Protection Service or Social Service in Rwanda, Police are dealing with social problems beyond their expertise and duties. Social problems need social solutions, police cannot deal with social breakdown and its consequences. Sending them to Iwawa is not the solution either, these are social problems, stemming from the parents. We should send negligent parents to jail, not their kids, we blame the victims because we are ill-equipped to deal with social problems. I spoke to a Mayibobo who had been locked up, his mother is a survivor, HIV+ and alcoholic, part-time hooker with an abusive pimp, so he avoids home. He wanders the streets, sneaks home for meals, begs for money, collects scrap for cash, mostly wires. He is always on the lookout for the police, fearing arrest, being sent to Iwawa, languishing in a cell only to be released. The police cell is much better than the home he comes from, so he does the cycle again. Police cannot solve this, teaching him carpentry can’t solve this, his mother and family situation is the problem, the dysfunctional environment kills any good you can try to do for him. We can’t leave it to NGO’s to tend for our problems, we all suffer the effects when this boy is a full time criminal. We need a social service like yesterday, link it to work and pensions, give incentives for fostering, pair the Mayibobo with a Mukekuru who has no children at home to care for. There is so much work to do because social ills spread the same way disease spreads and kills  the culture from within. 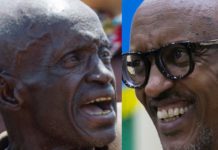 While Kagame Flatters Himself That He Is Transforming Africa, Many Rwandans Are At Risk Of Mass Hunger 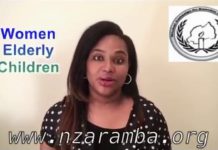 Hidden Famine crisis that is shattering lives in RWANDA

While Kagame Flatters Himself That He Is Transforming Africa, Many Rwandans...

Kanyarwanda - 16th May 2017
0
By David Himbara Many Rwandans are hungry. Why? Begin with Rwanda’s situation in Global Food Index. Whether you consider (a) affordability, (b) availability, or (c) quality and...