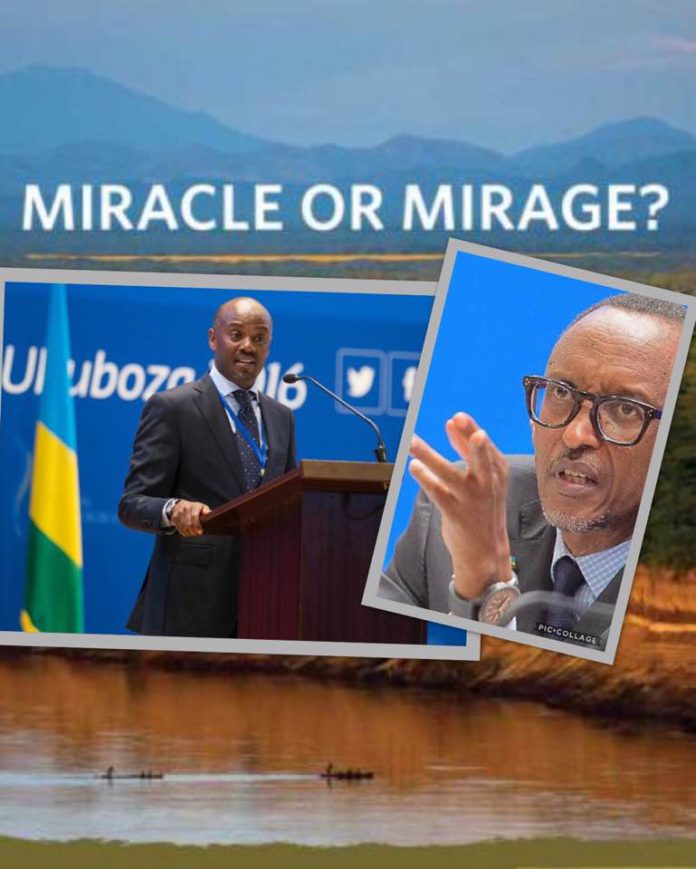 According to Vision 2020, Rwanda will join the club of middle income countries in another 3 years. The World Bank defines middle-income economies as those with a gross domestic income (GNI) per capita of more than $1,045 but less than $12,736. In East Africa only Kenya has attained this status with GNI of US$1,376.

To understand why Kagame needs a miracle to achieve Vision 2020, consider his recent economic performance. This is how Rwanda’s GNI performed between 2010 and 2015:

Unless Kagame performs a miracle, the period 2016-2020 will most likely be a lot worse. The next phase will mark continued stagnation as indicated by the years 2014 and 2015.

The explanations for the stagnation are well-known. Among them is dependency on foreign aid which is increasingly unpredictable, high import bills, limited exports, and sharply increased foreign debt.

I suspect Kagame has rushed to announce his Vision 2050 to cover up his dismal record as just indicated. Be forewarned – there is another Kagame mirage ahead.

Forcing Businesses out of homes is a non-starter in an election...

Kanyarwanda - 7th January 2017
0
When we started our road to development, we just wanted progress, however small or fleeting. Every new building coming up in town was an...