a political consensus was agreed between Hutus and Tutsis but Habyarimana government was still prejudiced against Tutsis ethnic minority and Habyarimana and his government advanced political campaign and laws against people who were Tutsis. The young Jean Paul equally suffered from this type of discrimination basing on the ethnic of his Tutsi mother. Around this time, Jean Paul and his family moved to Rukoro village where they settled during and after war.

Unfortunately they were not safe for long because in 1994 after the death of the president Habyarimana, Hutu militia called interahamwe began persecuting Tutsis and killing them in mass with aim to leave no one to tell. Jean Paul was forced to go to different school that was believed to be moderate but still things turned ugly for him as he was bullied by other children who were calling him degrading and shameful nicknames but for not halved Tutsis, situation was much worse. Many were killed by Interahamwe militias and others were forced to flee the country and joined the RPF which was Tutsis led military movement against Habyarimana Government. These young Tutsis who were forced to flee a brutal regime did so in very hush conditions where some Tutsis were forced to cross Ivirunga National park without proper cold weather gear and as result, some Tutsis did not survive the cold and others were killed by mines in the forest that Habyarimana soldiers buried in the national forests to prevent the advancing of RPF rebels.

Despite the fear and anxiety of what the Hutu militia would do next, Jean Paul seemed like a normal teenage boy but a long term bullies made him very shy and timid and playful when opportunities arose. He was very bright student but due to an increasing abuse and bullies, he almost failed class in 1994. Being young at the time, Jean Paul received more ethnic driven abuse more than his siblings. As RPF was advancing, other children and grown up individuals would come in his ears and say to him “Your uncles are coming” and that was a kind of talk that he did not really understand.

His own mother was chased by a Hutu militia man who miraculously given up due to the fact that the militia was intimidated by Jean Paul’s father and relatives that killing Jean Paul’s mother would result in that militia’s own death but however,during this Tutsis butchery period carried out by Hutus extremists that lasted almost three months (depending on the region and area some killings in some area lasted longer or shorter than 3 months), His mother remained in hiding until the war was ended by Tutsi led military assault against Habyarimana soldiers.

After the war, Jean Paul returned to school and in 1996 he embarked into higher education in one of Rwanda’s college that was built by Seventh day Adventist church. In 1997 to 2000 were worse years for those who were in Rwanda especially in the Northern Province. The Hutus insurgency drove many people out of their homes and many northern villagers were victims of warring parties between ARLIIR now FDLR and RPF. The Hutus insurgency under The nickname “Army of Jesus” were so violent ; they were burning cars, halting road traffics and cutting foods and necessity supply to Kigali by closing the roads and when RPF soldiers by then majority Tutsis armed soldiers came to confront these insurgency, citizen who were still in fear of Tutsis revenge fled with Hutus rebels and this served as the cause of RPF ‘s anger against innocent Hutus citizen and RPF soldiers started shooting to these citizen indiscriminately and as a result, thousands people in the north Rwanda especially Hutus lost their lives.

In the school where Jean Paul was a boarding student, he witnessed harassment against Hutus students including him by Tutsis students. He and other Hutus would be taken to a tiny room and be beaten up by armed Tutsis students and mostly former RPF child soldiers. During insurgency war, Jean Paul’s family almost was wiped out by RPF soldiers -some of them were killed instantly and others were taken to a non-return prison and until today,for those who were taken to prisons , no one knows their whereabouts.

Despite that fear and difficulties, Jean Paul trained in pedagogy until 2001 when he graduated with a diploma in Teacher training education. However, His school became a military camps for RPF soldiers since 1997 and living and studying inside the camps, increased threat against innocent young man and there was a man hunt against him but against all odds Jean Paul survived.

In September 2002 Jean Paul arrived in United Kingdom where he has stayed ever since. Jean Paul’s father had fears too that one day, Tutsis may revenge against him and other Hutus. In 2008, Jean paul’s father was kidnapped by Gacaca courts and was flown to jail and was told he was guilty of crimes of genocide, he was found guilty without trial and sentenced to 30 years in prison.In 2011 after graduating from Southampton University, Jean Paul created a blog which became a place where Jean Paul can express his hopes, dreams and fears.

Since 2011, Jean Paul still writes in his blog, but he still has fear of reprisal of what he writes mostly some political post and others finance related. In 2012, Jean Paul faced a political legal conspiracy that almost striped off his privileges to earn a living and that was in aim to prevent him having access to finance that pays for his blog and in that way he can be silenced but he still in much control of his blogs. In the same year, under political motives, Jean Paul became a victim of man hunt, he was forced to immigrate to Spain with his Spanish wife he met in 2006 while both they were studying at University. He returned to England in 2013 for legal purpose where he still lives with his three children two girls and one boy.

In 2014 Jean Paul‘s hope to see his father being set free came as he managed to chat to some Rwanda’s member of parliament and he was promised a voice –He was told to meet Rwandan officials in London under the promise that his meeting with the visiting Rwandan president to London would save his father’s life as he would be released from unfair prison. Jean Paul risked all and went on to comply with the invitation to meet Rwanda’s visiting officials to London but instead it turned out to be a betrayal in its kind to fulfil prohibited motives against him . During the meeting, Jean Paul was questioned by Rwandan officials and at the end he was promised that his dad would be released from prison. Despite all his effort to meet Rwanda’s leaders including the president, his father is still in prison under unclear circumstance.

Jean Paul’s mixture of French, Kinyarwanda and English writing has been able to touch millions of people especially Rwandans through his powerful writing. In order to relieve his own painful memories and emotions, he wrote three books and were all published, One of his books is related to Rwanda’s history , other book is about Jean Paul’s diary that was called darios’ diary where he speaks about the summery of his life and other books was written in Kinyarwanda to encourage Rwandans to forgive as basing at what Jean Paul went through, a history that still haunts him, he sees nothing bellow and above forgiveness.

Jean Paul Believes in Rwanda being an independent and he hopes that one day, his eyes will see his homeland being free and fair towards its own people. He believes in equal opportunity for all and he is a founder and a supporter of Rwanda’s National independent party that he hopes that one day; it will bring back the hope of justice, liberty and freedom to each and every Rwandan. 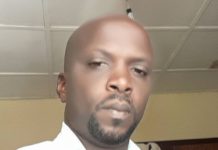 Rwandan opposition shocked by the mysterious disappearance from maximum security of the 1st Vice Pesident of FDU-Inkingi: Boniface Twagirimana 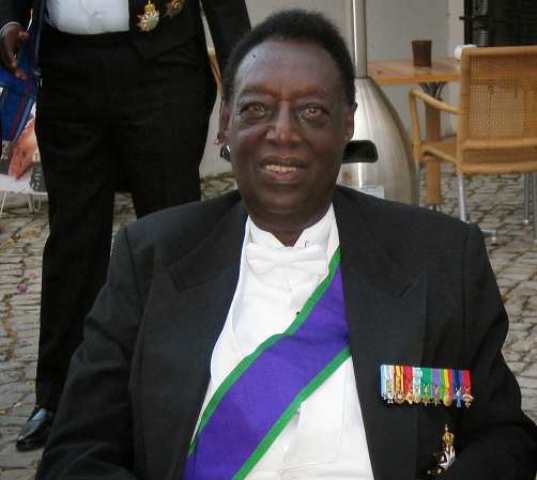