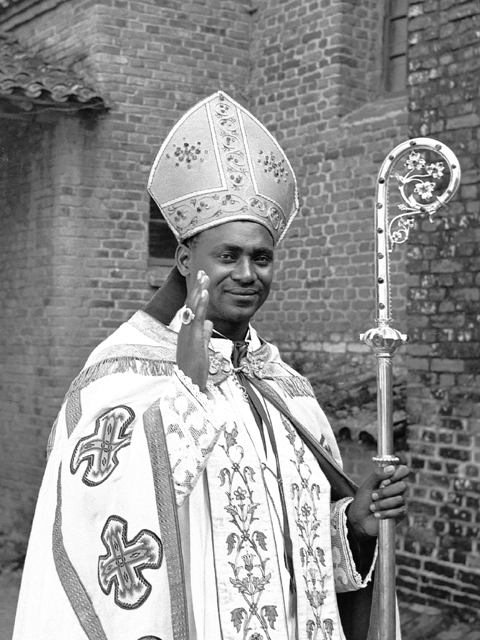 Aloys Bigirumwami (December 22, 1904 – June 3, 1986) was a Rwandan prelate of the Roman Catholic Church. He served asBishop of Nyundo from 1959 to 1973, having previously served as its Apostolic Vicar.

Aloys Bigirumwami was born into a Tutsi family on 22 December 1904 in Zaza, Rwanda, and baptized on Christmas Day.[1] He came from the Bagesera-Bazirankende clan, which had ruled Gisaka, a state that around 1850 had been conquered and annexed to Rwanda.[2] His father, Joseph Rukamba, was one of the first Christians of the Catholic mission that had been founded at Zaza in 1900, baptized on Christmas 1903. Aloys was the eldest of a family of six boys and six girls.[2]

On 14 February 1952 Pope Pius XII appointed Bigirumwami the first Vicar Apostolic of Nyundo,[4] and titular Bishop of Garriana.[3] He was ordained bishop at Kabgayi during the feast of Pentecost, on 1 June 1952, in a ceremony attended by many church and civil leaders and by a huge crowd of Christians. King Mutara Rudahigwa of Rwanda was also present and spoke at the occasion.[3] After his consecration, Nyundo received 20,000 converts.

Bigirumwami, who had initially rejected the existence of a conflict between the two populations,[5] supported the ethnic separation of theTutsis, whose superiority he championed, and the Hutus.[6][7] The Bishop also believed that the conversion of the pagans within his jurisdiction could be achieved with a large number of priests. He once stated, “With enough priests to station one every ten kilometers, it would not take too long.” Bigirumwami also ignored witchcraft in regards of medicine, but attacked it in the spheres of prophecy andsympathetic magic.

Bigirumwami arranged for schools and hospitals to be built, and helped girls to obtain education.[1] In 1956 he ordained André Perraudin, who was later named archbishop of the Rwandan church.[8] Bigirumwami was raised to the rank of Bishop upon his vicariate‘s elevation to a diocese on November 10, 1959. The new diocese of Nyundo combined the old prefectures of Gisenyi, Kibuye and part of Ruhengeri. 54,000 were Christians out of a total population of 375,000. On 10 November 1959 Bigirumwami was appointed Bishop of Nyundo, Rwanda, holding that position until he retired after twenty-one years of service, five days before his sixty-ninth birthday, on 17 December 1973.[4]

Bigirumwami was first African Bishop to be appointed in the Belgian colonies (Rwanda, Burundi and Congo).[1]He was also seen as a likely candidate to become a cardinal.[9]

Aloys Bigirumwami died on 3 June 1986 in the hospital in Ruhengeri from a heart attack. He was aged 81. He was buried in the Cathedral of Nyundo.[1]

Bigirumwami had little exposure to Rwandan culture as a child, and when he first became interested in his ancestral customs it was as a missionary would take an interest in pagan practices he was determined to destroy. However, he gradually came to appreciate the values incorporated in traditional beliefs, and came to think that the church should not destroy local cultures, but should use them as a vehicle for its message.[10] In December 1954 he founded the magazine Hobe for youth. Hobe, written entirely in kinyarwanda, was a great success. It was part of a deliberate effort to rehabilitate the Rwandan culture in an age where it was common to dismiss the culture as inferiod to western civilization.[11] Bigirumwami wrote many books on the Rwandan culture.[1] He was a strong believer in unity among the Rwandan people, and criticized foreign publications that exaggerated the differences between the different groups.[12] 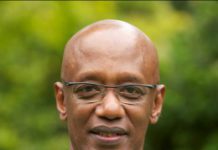